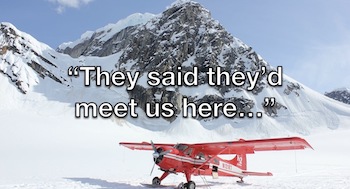 Renault has a new EV and software-oriented standalone unit. Ampere will develop, manufacture, and sell as a full-fledged brand under Renault. The company will employ about 10K people and has a six subcompact and compact EV lineup planned before 2030.

Someday, historians will try to explain the automotive significance of 2030. We can only wish them luck because we don't get it either.

Ford has an interesting new first to report. Bigger electric trucks can power houses or let other EVs borrow juice in a pinch. Now three F-150 Lightning owners are assisting the first-ever sporting event flyover by an electric plane. The plane will travel from Hartford, CT, to Easton, PA, stopping three times to connect to trucks for charging.

We love to see innovation! From the ground. Where it is safe. (Seriously, Would you want to get on that plane?)

Twitter is overrun with parody, fake, and troll accounts. The option to sign up for the $8 a month verification blue check mark has vanished from the site, and an "official" tag has appeared on some accounts. Just the latest changes in a line of shakeups since Musk took over the social media platform.

Wow, Musk is really showing the world how much leadership matters. Bless his heart