A Star Trek For Everyone

Asking The Experts — Isaac is obsessed with LEGO, Nathan dreams in Star Wars each night, and Chris only uses TV to play video games. Turns out we are all nerds, but not Trekkies.
No items found.
July 26, 2022 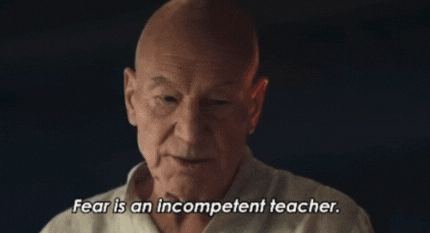 Star Trek fans have a lot to look forward to. Star Trek: Picard's third and final season was announced at Comic-Con with first looks at the return of The Next Generation favorites like Geordi, Work, Dr. Crusher, and of course Commander William Riker (do you think he will do that weird over the chair sit down thing? we hope so)

Maybe the dramatic dip into the past isn't your thing? Well, the third season of Star Trek: Lower Decks has also received a trailer and an August 25th release date. The animated humor series follows a crew of adventures on the goofy end of the heroic spectrum in a Paramount+ take on an Adult Swim-style show.