3D printing parts at the OEM level is already a realized option. Some companies are already using 3D printing but mostly in prototypes and special models. Like every proposed solution for an issue people currently face, it will take time, but that period has started.
No items found.
July 19, 2022 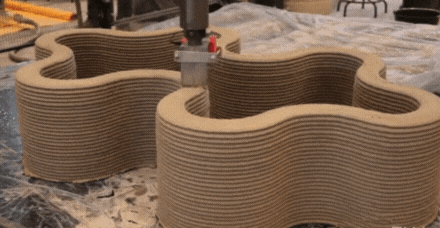 In case you have been living under a rock, there is a supply chain issue going on. Ok, now that we are all on the same page, let's look at some recent efforts by automakers and suppliers to use 3D printing to keep production rolling.

Not sci-fi. Automotive news featured a look at the efforts of a GM engineer named Christine Bardsley. When the 2022 Chevy Tahoe production was threatened with a 12-week delay due to a last-minute design change, Christine placed a history-making order for 3D-printed parts. 3D printing parts at the OEM level is already a realized option.

What are we waiting for? Some OEMs and suppliers are already investing heavily in 3D printing technology. Up to $1B annually goes into automotive 3D printing equipment and software. Another example of the tech being used is the new Cadillac Celestiq, which will feature over 100 3D-printed parts. Some are already using it but mostly in prototype and special models.

‍The future. A significant amount of time, money, and planning are going into solving the current and avoiding any future supply chain crisis. Analysts suggest additive manufacturing will increase by 20% annually until 2030. Like every proposed solution for an issue people are currently facing, it will take time, but that period has started.