David Long, Adam Arens, and Patrick Abad shared some insights about the critical roles people play in the success of a dealership.
No items found.
April 1, 2022 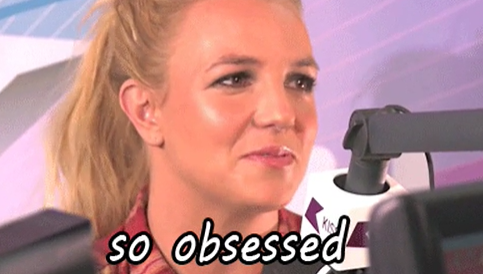 Inventory is critical, but it does not sell itself. People pull the levers and make the calls that decide a dealership's level of success. What do people need to be the decisive factor in a dealership?

All Things Used Cars opened a discussion to find out with special guest Adam Arens.

"David said I have great people working for me, but he got that one backward. I work for them and try to push them up continually" -Adam Arens.

Leading a dealer team isn't about acquiring more metal. It's about moving people out of their comfort zone toward the beautiful potential in this market. Adam wanted to focus on making that transition toward the future well.

To change our trajectory, he first wanted to change our thinking. Despite all efforts, inventory volume is not something dealers control. The reality is dealers are in control of two things that hold a significant impact on future success:

Not many people are simultaneously closers and openers. Attracting, hiring, and retaining a team of people who meet the many needs of a customer base is essential. Adam drew a comparison to real estate. In this market, agents do not look for buyers; they look for listings. The ability to bring people into the market who were not previously looking to sell or buy requires more than showing people what they are already seeking. This, Arens attests, is a skill a dealership needs.

How does that look?

Find people who are not afraid of social media, who are not scared of getting involved in the community, and who aren't afraid of a long-term plan. This way, no matter what short-term reactive actions their day holds, they are committed to the proactive steps that drive toward long-term objectives.

Adam mentioned that if you are doing well without these skills in your business, don't force it, but when you are looking to hire new, look for these skills.

Back to (new) basics?

A fundamentally different market requires a fundamentally different set of basics, but they are still basics. Dealerships are missing money by accepting small profits in wholesales. They are not going through the basic steps of matching inventory with people in the current market. Relying on what was true yesterday will not serve the business like making a daily habit of calibrating the entire team's understanding of the inventory will. Knowing what to sell and what to keep requires knowing the inventory.

David Long shared a process his team uses to evaluate inventory. Every vehicle acquired by trade is examined each morning. The salespeople who know the most about the car explain it to the entire team, and together, they destine it for reconditioning and movement to retail or wholesale.

This process increases the team's knowledge of every vehicle in inventory, but it invites them to be in on the future of the dealership.

David shared his stricter rules for social media engagement for his team, while Adam said not engaging with social media carries its punishment.

"If you don't know what to say in your social media post, let the car talk." -Adam Arens.

At a time, business was a face-to-face endeavor. Broader and more advanced technology moved some interactions in less personal directions. Still, recently technology, such as social media, has become a vessel for delivering the human experience even at a distance. Making videos for social media has become a part of the business as standard as cold calls and warm coffee.

Creating and sending out videos, posts, messages, and live streams from the life of the dealer associate forms a positive association with the salesperson and the brand. Providing a team with the structure by which they can engage with potential customers this way is essential.

Open the top of the funnel:

Broaden the reach of your engagement by inviting associates to engage with the community in ways they find exciting and meaningful.

Fill out the dealership's site with personalized About and Staff pages. Give people a sense of the people and purpose your dealership has.

"Used Cars is its own dealership." -Patrick Abad.

He shouted out the team at Beaver Toyota. Each person knows and is passionate about their exact role and how it enables the entire business to succeed. A whole team committed to practices everybody knows works surpasses leadership's capability to comprehend and execute best practices from the top down. It requires the right people in the right roles equipped to do what they are obsessed with doing. It is the players and not the coach who carries the ball.

Patrick said there are no new nuggets in his plan. They are just executing the basics at the highest levels.

"We have a culture where everybody in the store wildly obsesses with being used car experts." -Patrick Abad.

Patrick said he put a 19-year-old in charge of acquiring cars for his dealership, and he acquired 60 vehicles last month. Not because of experience or a gut feeling, but because the tools exist to make acquisitions like solving a math problem and not like diffusing a bomb. Patrick put the tools in the hands of somebody who enjoyed using them.

Be proactive about having proactive time in your day.

Adam added that giving a team proactive time each day is as essential as clear roles and tools. If all your time is spent catching up and keeping up, getting ahead is an illusion.

The right people in the right place make the difference. Just like cars in inventory do not equal sales, people on the payroll do not equal success. Leaders need to hire and equip people to be obsessed with their aspect of the business. When every member on the team is succeeding, the business will follow.