Asking The Experts — It's a top-shelf TV show according to Nathan’s nephew, Kyle’s kids, and Chris (who is a grown man).
No items found.
August 9, 2022 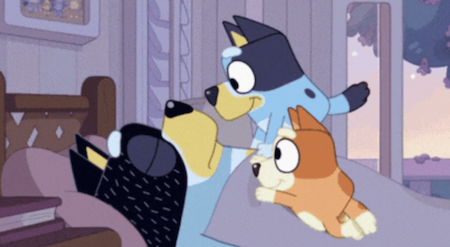 To say cartoons directed at young children are a dime a dozen would undervalue dimes. However, sometimes something special comes along that feels like more than a thinly veiled toy marketing campaign. Bluey is, at once, more pretty colors and silly jokes, but also family content that dives into some of the challenges of being young. Or, in our case, caring for the young people in our lives.

The first half of the show's third season premieres on Disney+ on August 10th. It will feature 25 new short-form episodes that will entertain and empower children while making adults say, "They're just cartoon dogs. I'm not going to cry!"