TL;DR — Ford’s Michigan operations are going solar; Tesla’s AutoPilot apparently also needs the sun for different reasons; Farley, Musk, and Nader are in talks with the UFC to borrow an octagon.
No items found.
August 12, 2022 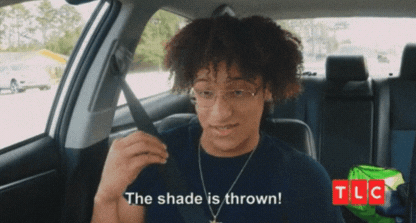 It is not unusual to see Elon Musk in the news every day. I look at about 150 pieces of news a day. What do you expect? What is unusual is seeing two articles on the same day with Musk and Tesla as the object and not the subject.

🌞 🛻 Ford CEO Jim Farley recently announced the largest renewable energy purchase in US history. A deal between the automaker and DTE Energy will supply Ford's Michigan energy needs entirely with solar power by 2025. Wrapped up in the announcement was a reference to the F-150 Lightning, assembled in Michigan, taking the EV pickup lead in the US, which Farley used to poke a little fun at Elon Musk with a "take that."

Replying to the poke, Musk referenced his Cybertruck with a "Thanks, but I already have one." Now we are all left to wonder what the EV truck wars will be like…

🤖 🚫 Ralph Nader also had some words for Tesla this week. The nationally recognized consumer protection advocate says the NHTSA must recall Teslas until Full Self Driving technology is removed from every vehicle. Sixteen crashes involving Tesla's Autopilot hitting stopped emergency vehicles are under investigation. Most of the accidents were after dark and showed the software ignoring warning lights, flares, cones, and illuminated arrow boards.

While even the $12,000 upgrade to Full-Self Driving is currently a level 2 “advanced driver assistance-system,” Musk promises some day the driver will be optional in the system. There are currently 100k owners beta testing FSD on public roads.