Joke idea- Investors, dealers, and Michigan’s legal team walk into a bar... Carvana sneaks out the back before anything else get added to this piece of news.
No items found.
November 3, 2022 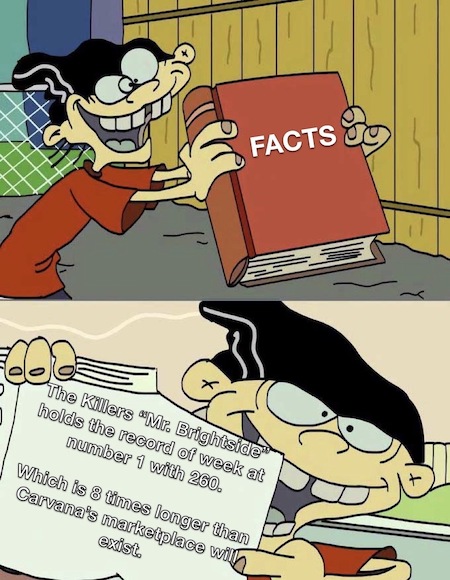 J.P. Morgan has upgraded Carvana's shares from underweight to neutral. After losing over 90% of its value this year, the upgrade means the company looks better to investors, but is still not quite "good." The stock value surged 12% following the announcement.

The online vehicle retailer announced this week it will close its dealer marketplace in 30 days. The dealer marketplace has been open since February this year. Carvana says a lot of good came from the win/win/win program they built with dealers, but that market conditions have highlighted the need to do fewer things better.

Soundtrack Suggestion: "I Fought the Law" by The Clash

Of course, Carvana is also dealing with ongoing legal issues, but this time is on the offensive. We previously reported Michigan suspending the online retailer's license. As an attempted remedy, Carvana asked its possibly disgruntled customers to petition lawmakers, only to realize that may be a bad call and sue the state instead.