All this time, we discarded as refuse what was secretly the future. Makes ya think, huh?
No items found.
September 7, 2022 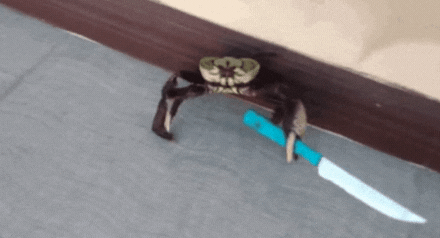 Let us introduce you to Crab Batteries. No, this isn't clickbait, er, Pinch-bait?

A paper published this week in the scientific journal Matter reports a substance found in crustacean shells could be the key to more sustainable and biodegradable batteries.

We know, this needs some explanation. A material called chitin gives lobster and similar shells their strength. The material can be processed into chitosan, which becomes an electrolyte when combined with zinc. The resulting material is biodegradable and could replace the lead or lithium with an easier-to-source battery that carries none of the fire risks of existing battery tech.

Once the battery's 400-hour life span is depleted, the battery breaks down, leaving only the zinc, which can be reused.

Two Steps Forward, One Step Back

TL:DR — MIT discovered a new material to make semiconductors (please wait 10 years), 15-minute EV charging is here (if you buy a specific battery and charger), and it is too hot to work in China (which is like an essential machine in the middle of an assembly line being down).