Dodge Decision Time — A. Drive toward greater affordability of electric vehicles. B. Increase collaboration in sourcing, development, and production. C. Add an unnecessary gear shift and electric pipe organ to our next car.
No items found.
August 19, 2022 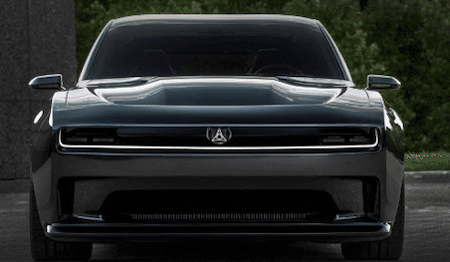 In case you have not seen a single news source in the last 24 hours, Dodge announced an all-electric muscle concept car, the Charger Daytona SRT. The car will come with a shiftable transmission and a Hellcat soundtrack to deliver a muscle car look, feel, and sound.

Hellcat. Unlike some other EVs, the Charger Daytona's low rumbling engine tones are not produced by a speaker, but by air pulses forced through pipes.

‍Transmission. Transmission is not a required part of any EV. Most only have a single "gear," while some have 2. The number of gears on Dodge's new multi-speed has not been released. With some past muscle by the brand going up to eight-speed and the ICE Chargers having 3 to 4 speeds, the company's withholding the information may indicate a brand new number of gears may come to a perfectly good cup holder space soon.