How Ya Doin' Japan? 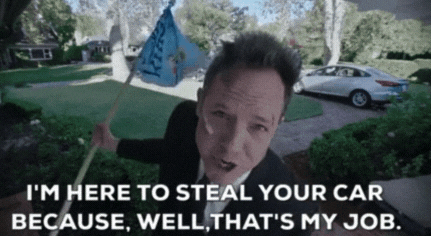 🏭 🚙 Toyota has had several production projection reductions lately (oof. say that five times fast). However, the company stands by its global 9.7m forecast for the year. Plans to have a strong September and increased numbers in November hope to wash away shortages and stoppages as recent as this week.

💹 🤑 Honda is a lot like pizza. Even people who prefer other brands agree they deserve the love they get, and none of us talk to the people who say otherwise. The company raised its yearly profit outlook by 20b yen, putting it at 830b yen ($6.15b) for the fiscal year ending March 31st, 2023. While operating profits are expected to increase, Honda warns against over-optimism as the same list of setbacks we've discussed for months still loom over everything we do.

‍🦹‍♀️ 💾 Hyundai and Kia are facing legal issues in at least seven US states stemming from ignitions system issues leading to theft. St. Louis police say the brands account for two-thirds of every car stolen in July. Like hackers in 90s movies, people have compromised the ignition system with any old USB cable. Coupled with no window-breaking immobilizing technology, many Hyundais and Kias have become sitting ducks.