Minority Dealers Are On the Rise

Minority dealerships took a major hit in the 2007-2008 recession, but accountability, diligence, and hard work are putting them back on track.
No items found.
July 26, 2022 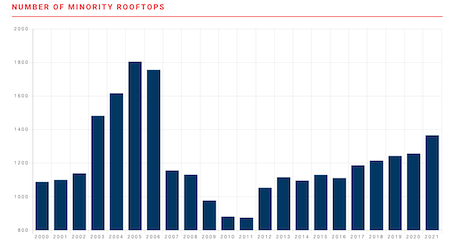 Troublemaker and friend Damon Lester is the president of the National Association of Minority Automobile Dealers (NAMAD) and a leading force in bringing more inclusion and diversity to the dealership community. A recent report on Automotive News shows a 109-store jump in minority-owned dealerships last year, with more growth projected for the rest of 2022.

Parity. Lester points to commitments made by auto manufacturers for the increases saying for the first time in a long time OEMs made public declarations of their commitment to diversity.

‍By the numbers. Of the 109 stores added, Ford had the single most significant increase with 34 new minority-owned stores in 2021 vs. just five the year prior. African American stores rose by 27, Asian Americans by 62, and Hispanic jumped by 17 after several years of dormancy.