So far, Rivian is matching its self-proclaimed rival Tesla in terms of media attention. Production, sales, and consumer favor... no comment
No items found.
April 19, 2022 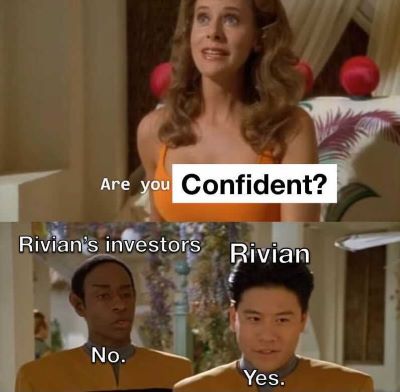 Rivian CEO foresees ongoing rare metal shortages, possibly surpassing the semiconductor chip crisis' impact on the auto industry. The company remains confident it will produce 25K vehicles in 2022. The original estimate for the year was 50K. The company’s stock is 60% down as investors look for less risky options than EV start-ups.

No shortage of shortages. Some companies have recently announced partnerships with raw material sources, while others have mentioned becoming self-sourced. Rivian, among others, cites ongoing semiconductor, wire harness, and rare metal shortages as the biggest hurdle to production.

Electricity Costs Are Closing A Gap Between ICE And EV.

Electricity costs are still very much tied to fuel costs. If fuel costs are balanced, will consumers stick with the EV experience?

The Cadillac EV is popular with people out west, young folks, and fans of musiq.

Stellantis profits were up 12% for Q1 this year and suppliers think they can pay full price with all that walkin’ around money.