Ok, so yesterday, we found out assigning spirit animals to whole OEMs is harder than it looks. So today, we will give you the numbers and tell you which 80s/90s action movie star each brand is deep down.
No items found.
October 6, 2022 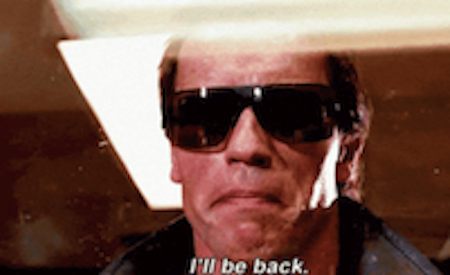 Action Star: Ford is obviously the Arnold Schwarzenegger of the OEM world. Sometimes they are the Terminator, and sometimes Kindergarten Cop, but you know they will always be back.

Rivian's Q3 had a 67% jump in production compared to Q2. The company produced 7,300+ and delivered 6,500+ vehicles in Q3, which has reinvigorated its claim that, despite very real supply and PR setbacks, it will produce 25K vehicles in 2022.

Action Star: Bruce Willis, specifically John McClane. We have only seen the original Die Hard version so far - can't find his shoes, but not giving up. Let's not forget there are 5 Die Hard movies, and by the 5th, he is some sort of one-person army.

Toyota, in case you forgot, ended GM's 90-year streak at the top of the US sales pile. Now, less than a year later, it seems the company was just testing that crown out and may have to hand it back. Through Q3, Toyota and Lexus sales dropped 15.4%, while GM's dropped just 7.2%.

Free Trade and EVs in Canada

We don’t talk a lot about Canada, but with the Inflation Reduction Act incentivizing any North American production, this free trade agreement will only become more important in the coming years.