We like Scott. Not only because the first 3 letters of his name are the same as the first 3 of the brand he represents, but also because he believes in the driver still, you know, driving the car!
No items found.
September 30, 2022 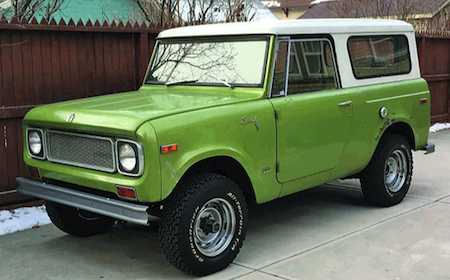 Scott Keogh was the CEO of VW North America since 2018, but earlier this year, he was a part of an industry surprising announcement that after 40 years, VW would revive Scout as an independent brand in the VW Group with Keogh at the helm.

As part of its revival, Scout will launch a series of electric pickups and SUVs that seek to honor the brand's rugged, adventurous vibe that made it iconic in North America in its day.

Scott Keogh spoke with Emerging Tech Brew during a virtual summit on Thursday about Scout's and automotive's future.

Succeeding as an independent but AND part of a family.

Keogh named three things that have the Scout band positioned for a successful reintroduction to the market.

Consumer demand for EVs is exploding, but the infrastructure is not keeping up.

In the past, the challenge was appeasing the government requirements and hoping consumer demand was there when you finished. Now, the demand is there, and Scout's challenge will be infrastructure. A lot of work is going into finding partners in Canada and the US to ensure Scout has the materials needed to meet building demand.

"I think we're going to be in a relatively prolonged environment of higher demand than the ability to meet it." -Keogh

Range isn't everything. It's about balance.

So far, a barrier to EV adoption has been range anxiety. Scott thinks a time is coming when EVs come in various priorities, from affordable to long-range to more custom purposes. People who hold out for a 300+ mile range EV may discover they only use 15-30% of the battery range and could have saved on their purchase.

Scout is right for the US market.

Trucks and SUVs are a huge part of the US car market. Scout's issue was never a segmentation or product issue, it was an execution problem.

There is a movement toward the adventure lifestyle that Scout is positioned to meet. Scott says people miss the dynamic feel of SUVs, the push toward making SUVs feel like big cars has left some people wanting the rugged feel back.

Can EVs be offroad ready?

You have to be mindful of the EV's needs, like energy-saving aerodynamics. Scott also said fans will not forgive the company if the new Scout is not "properly capable," which he says means moving away from the "the car knows what it's doing" mindset many people expect from EVs and back to a DIY spirit.

"These people want to engage." -Keogh

It makes sense to manufacture cars where you want to sell cars. The Inflation Reduction Act is only a final piece of the puzzle that insists manufacturers move toward local production.

While the vehicles will not be for sale until 2026, a production location and some prototypes will be announced next year.

The work is absolutely cut out for Scout, Scott, and the industry as it moves to the future. Electrification, material sourcing, and geoeconomics have never been simple, but, as Scott put it, the industry has entered a new era of excitement and opportunity that is not quite comparable to any other time in its history. Hearing his commitment to the driver’s desire and experience being paramount echos the shift toward customer experience we see each day in the dealer body. An encouraging sign that from top to bottom, factory to driving out of the showroom,  customers are in for a future worth looking forward to.