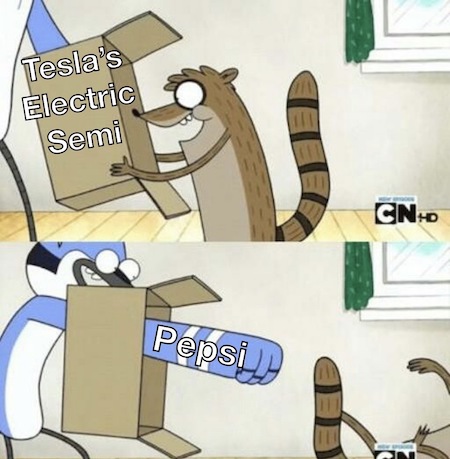 Tesla will deliver its first electric Semi Trucks this December.

‍PepsiCo will get the first 500-mile range delivery trucks after several delays and about 5 years from the original announcement.

The truck was initially planned for production in 2019, but part shortages pushed it back until Musk announced in August of this year that production would start this year.

Pepsi is aiming for net-zero emissions by 2040 and was among the first companies to reserve the Tesla semi.