We’re Listening - Hit reply and let us know what we got right and where we failed miserably!
No items found.
January 25, 2023 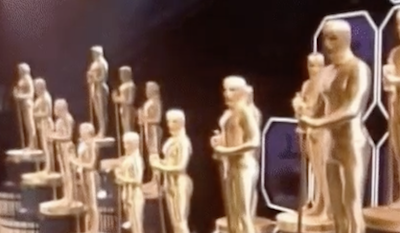 The 2023 Oscar nominations have been announced. Between Kris and Chris, we've seen one-and-a-half of the movies nominated for Best Picture, so who better to offer comments on each nomination using only the title and Wikipedia?

"All Quiet on the Western Front" ‍

The only good thing about wars is the time between them.

"Avatar: The Way of Water"

"The Banshees of Inisherin"

Friendship is hard sometimes, but being enemies is way more complicated.

We think this one is about some sort of musician.

"Everything Everywhere All at Once"

We're not sure what this one is about since nobody has asked us ten-thousand times if we've seen it yet. Maybe a hoarder?

Remember when photography was hip? Steven Spielberg is going for that, but with filmmaking.

S.A.D. as an acronym for "Symphony Assisted Depression."

The opposite of a slice of pizza, which is a triangle of joy.

Women talking. And standing up for themselves. And seeking justice. And overcoming.

We always love a good comeback story. Hit reply and let us know what show(s) you wish would make a return.