Hulu made a show called “Super Pumped” about how cutthroat Uber’s founder was. So this leak is basically just free promotional material at this point.
No items found.
July 13, 2022 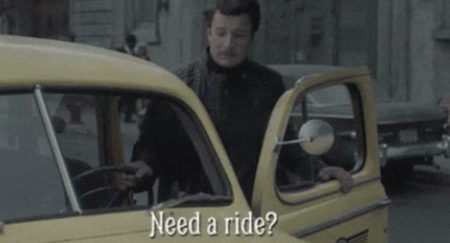 Between 2013 and 2017, Uber helped people accept that ride-sharing is part of life now. Amid backlash from taxi companies and lawmakers, the company managed to withstand efforts to stop its spread almost as if by magic. A recent leak of thousands of documents suggests less "magic" and more "cutthroat semi-shady opportunism" could be the cause.

Nitty Gritty. The Guardian obtained the original documents and shared them among a consortium of outlets. Among the findings are secret tech used to throw off police investigations, back scratch deals with high-ranking lawmakers, and positive chatter about violent clashes between Uber and Taxi drivers.

Whistleblower. Uber's top Europe lobbyist from 2014 to 2016, Mark MacGann, came forward as the whistleblower after the 124k documents were made public. MacGann said he regrets being part of a group that massaged facts to earn driver and political trust by selling a lie.

‍Bygones? Uber says they understand Mark's regret, but he is in no position to speak credibly about Uber today. Uber also claims the leak came after a half-million-dollar settlement was paid to MacGann, which he disputes.