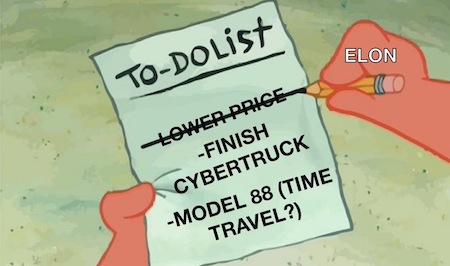 Sometimes it is hard to find a theme tying a few pieces of news together. This morning we woke up, and half the headlines had China in them. Let's see why.

Toyota tested out admitting a mistake with their full-year production targets last week and now has a taste for it. The high-ranking automaker is reevaluating its EV strategy after sticking pretty hard to its less aggressive plan. A rewrite of Toyota's $38B EV roll-out plan will be drafted for review by early 2023.

Didn't you say something about China? Yes. Additional to the reevaluation announcement, Toyota says it will begin producing EVs in China using BYD batteries. The new electric sedan, bZ3, will be produced and sold in China as part of Toyota's efforts to compete with Tesla and drive toward carbon neutrality. No details about Beyond Zero are public yet, but this launch announcement is a positive direction, since plans to review the car in April were cancelled.

How does Tesla feel being called out like that (and all the time)? Funny you should ask. We just called Elon, and... he didn't answer, so we don't know for sure. Tesla has cut starter prices on the Model 3 and Model Y in China by 9%. Last week Elon Musk said a "recession of sorts" has started in China and Europe, but he expects Tesla to be "recession-resilient." This price adjustment must be part of such resilience.

China got anything to say about any of this? Like the rest of us, China has its own stuff going on. Fuel exports were all the rage in September. The country more than doubled its diesel exports and hit a 29-month high for jet fuel exports last month. High margins driven by ongoing Putin-themed nonsense have the nation scrambling to cash in.

So everything is good in the Chinese economy? Is everything ever good in an economy? A recent change in President Xi Jinping's leadership team has US investors concerned about companies in China. Folks more intelligent than us see the move as a consolidation of power ahead of efforts to nationalize corporate interests. Adding it up makes US side investors wary, and US stock market values tank.