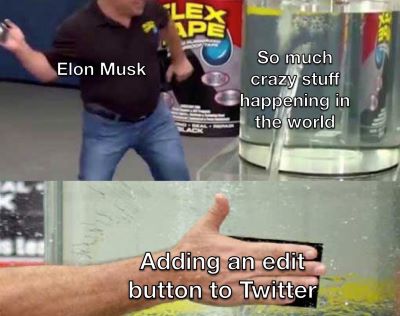 A few days and $3B ago, Elon Musk became the largest single stakeholder in the social media platform Twitter. Shortly after the purchase, the company invited Musk to join the board, shooting the stock up 30%. His first official action was to ask his Twitter followers if they wanted an edit button on tweets.

‍Ask, and you shall receive. Twitter announced it would begin testing features based on popular demand, starting with The Edit Button. People are excited but have voiced the need for some level of record-keeping.