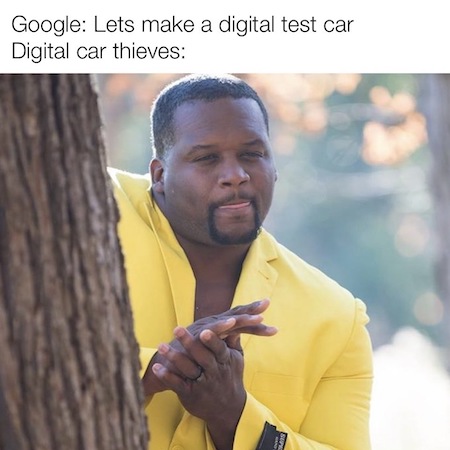 Renault and Google have upped their ambitions vehicle software goals. The 4-year-old partnership has been working toward unique software enhancements but now says the goal is "software-defined vehicles."

What does that even mean? Well, the two companies will work together to create a simulated vehicle clone for testing. They will test vehicles, software, and AI features in the simulation to diagnose and improve upon issues before a "real" vehicle ever leaves the factory.

Explain It Like I’m 5: Imagine trying to predict every problem that could arise for a car or software you are designing. Now imagine asking a computer with a billion brains to do the same.

Rivian and Amazon said they would start working together to make zero-emission deliveries way back in July. Well, suddenly, it is November, and the 1000+ EV van fleet has delivered over 5M packages.

Time to put all the ICE vans in a landfill? The slow roll to 10K vans should hit a "few thousand" by the end of the year and has already spread from a few launch locations to about 100 cities. But no, no mass trip to the scrapyard for any existing vehicles.

Explain It Like I’m 5: Imagine you're Saint Nick, and the elves just told you those robotic reindeer they have been testing since July will work fine for Christmas. Saving you overhead on hay and producing fewer reindeer droppings in your client's yards.