What Happened to The First Car in Space? 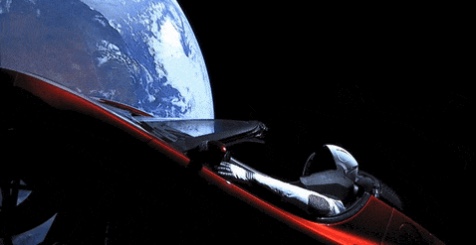 Four years ago this week, SpaceX's Falcon Heavy rocket made its inaugural launch carrying not only the hopes and dreams of SpaceX founder, Elon Musk, but also, his car. Musk wanted to test the abilities of his rocket and, having a keen sense for headline-making, used the test launch to send his own Tesla Roadster out into the final frontier.‍

But where is it now? According to the NASA-supported tracking site, whereisroadster.com, as of Monday, the car was about 234 million miles from Earth and 200 million miles from Mars. Over the last four years, the roadster has traveled nearly 2 billion miles and completed 2.6 loops around the sun, through mostly empty space.

Currently, the car is likely dinged up by meteoroids, but believed to be in one piece. The ultimate fate of the car may remain unknown for millions of years.