If it ain’t Golden Girls, I ain’t watching it. What about you? See anything good lately? Hit reply and let me know! -Chris
No items found.
January 4, 2023 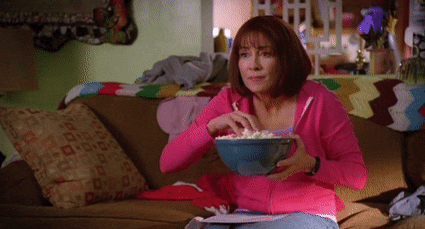 Glass Onion has become Netflix's 10th most popular movie since its release on December 26. In terms of most watched within 10 days of release, the movie is ranked 3rd. The mystery successor to "Knives Out" was watched for over 200M hours in the first week after release.

1899 will not get a season two, and honestly, we just found out it had a season one. To the dismay of fans across social media, the spooky sailing thriller was not renewed by the streaming platform.

The decision was data-driven. While fans of supernatural, time-travel, and mind-game shows loved it, not enough people were tuning in. So, it didn't make sense to renew it for a minority of viewers. No matter how vocal that group is.

Kaleidoscope apparently comes with its own rewatch plan. You know, in case finding time to watch a show not once but twice is something you are into.

The heist drama show uses colors and heavy visual themes to communicate. By experimenting with episode order, the story and unspoken tone can recontextualize the final episode, "White."

Apparently, if you mix and match the first 7 episodes and save the final for last, there are over 5K possible combinations. If you add the final episode into the mix, that number jumps up to over 40K.