Imagine if 10 years ago somebody told you the cure for climate change was a Tesla roof and tie-dye windows. You’d cross the street when you saw them coming, but, apparently, here we are.
No items found.
August 5, 2022 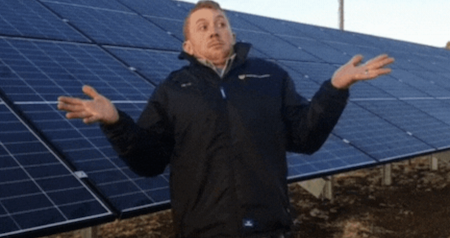 Curtains will always and forever be the best window-based invention, with bird feeders in 2nd place. (don't @ me). Third place was once a battlefield where stained glass, drive-throughs, and dynamic "Open" signs were locked in an endless battle - until now! Solar Windows have researchers and startups dreaming about turning every city skyline into a self-powering monument to clean energy.

‍⚗️The science! Unlike silicon solar panels, the windows would use a dye-like material that gives solar windows a transparent but tinted look, in whatever color the builder wants. Current versions of the dye-based solar cells are small enough to hold in your hand, with windows that convert 7% of the Sun's radiation into electricity. Researchers believe they can reach 10%, just 5% less than current silicon-based panels.

A Tale Of Two Gig Apps

If friends with vehicles ever start doing favors for gas money again, a whole sector of the economy will fall into ruin!

The Shape Of Motors To Come

Some of his other inventions are a running robot and a super fast go-kart. With ideas like those, we may skip over EVs and into personal solar jetpacks before you know it.

This may seem irrelevant, but imagine if your whole sales team had custom emojis so customers knew who they were looking for when they came in after a text convo? All we have to work with is this: 🤠